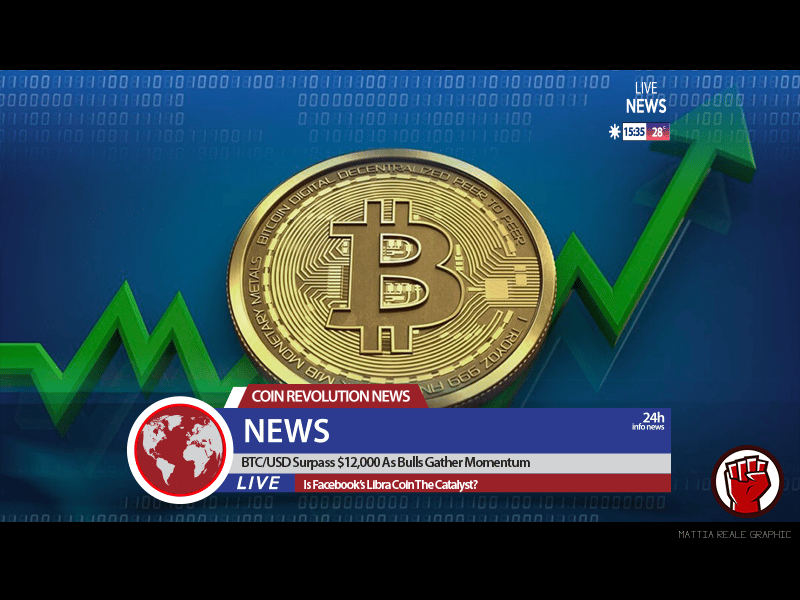 Coinmarketcap data shows that BTC/USD pair has hit another milestone by trading above $12,200 as at Wednesday 26th June 06: 59 UTC.

Hence, Bitcoin has gained 180% in 2019 and the week seems to be headed for a major upswing as the weekly bull cycle gathers momentum due to events in and outside the Crypto economy.

Is Facebook’s Libra Coin The Catalyst?

Experts believe that the recently announced Libra Coin from Facebook is the catalyst of the uptick. This is due to the fact that the publicity that the Token is receiving from the media and the conversation that it is eliciting from various quarters is bringing Cryptocurrencies in the spotlight of prospective investors.

Hence, despite the slight pullback that BTC/USD experienced on Monday afternoon when the price slumped in the intraday of trading to $10,917. The reactions around Libra coin will put Bitcoin in focus and translate to increased trading volume as the 2 billion active users on Facebook and its other platforms such as WhatsApp now understand the concept of Cryptocurrencies.

The president of Susquehanna’s digital asset group, Bart Smith, says that Bitcoin, as the dominant Cryptocurrency, is the main benefactor of the Libra buzz as most people are aware of Bitcoin and consider it as the idea; Crypto asset for investment. 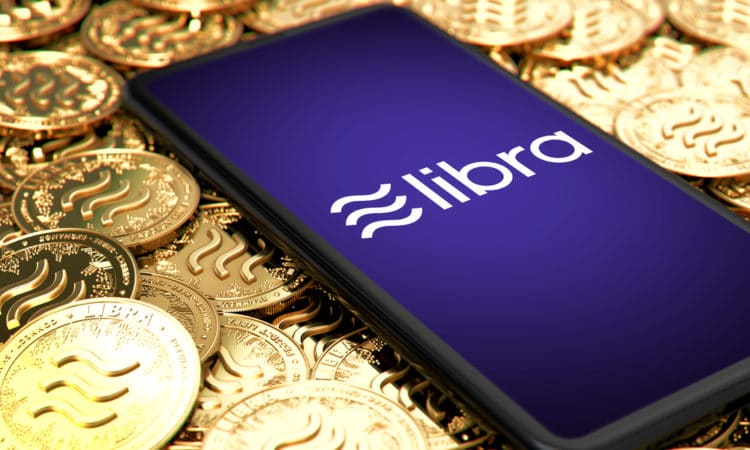 Meanwhile, the Libra coin is set to be deployed in 2020. The project has notable partners such as PayPal, Spotify, Stripe, Visa, Mastercard, and Uber. Moreover, the payment system is set to be coordinated by a Swiss non-profit organization called the Libra Association.

Bitcoin Has Broken Out Of The Psychological Resistance Level

Additionally, Smith notes that a strong level of resistance had established itself at the upper $9,000 range and the break out is an important milestone in the overall BTC/USD recovery.

Hence, since the BTC/USD price has broken out of the short term psychological level of resistance and the market is likely to be dominated by bullish momentum in the short term.

The US Rising Tensions With Iran And The China Trade War

The 2019 Bitcoin rebound has so far surged by 190%. This is in contrast to the year 2018 when the bears wiped out 73% of the Bitcoin market capitalization and price.

One of the outstanding events that could be characterizing the growth is rising tension with Iran where the two countries almost went into a blown out war after Iran shot down a U.S. Drone. This tension has been more explicit in 2019 after Donald Trump pulled out of the JCPOA nuclear deal with Iran and re-imposed sanctions.

On the other front, the U.S. is still in a trade row with China and this is expected to raise skepticism in the mainstream markets leading to a capital flight to Cryptocurrencies such as Bitcoin.