After days of unexpected Crypto markets plunge, Bitcoin (BTC) price is about to rally. But the $4,600 level of resistance that latest statistical analysis has set remains to be the greatest obstacle to a long-awaited rally.

On the case of BTC, oversold conditions following the BCH hard fork are the main reason for the slump. The situation is so dire according to the 14-day relative strength index (RSI). BTC had ab RSI of less than 16 where less than 30 indicates overselling in contract to more than 70 that signifies an over-demand situation.

BTC Will Recover After Rising Above The New Level Of Resistance, $4, 600

Latest data from Crypto markets performance show that BTC is trading at $4, 502 in an intraday period. This is a significant improvement given that BTC hit a 14-month low on Wednesday 21st November near the $4, 000 new level of support. The price jump can only symbolize an ongoing market correction despite the ongoing Bitcoin Cash crisis.

A statistical-based analysis shows that if BTC breaches Wednesday’s high of $4, 635, a bull run breakout is more likely since a trend to a price recovery rally will be set. Technically, the RSI is set to go up as investors rush to purchase oversold BTC in anticipation of improved prices. Meanwhile, since the $4, 435 mark has is about to be breached, the psychological level of support will be set higher and odds for a rally will be in the offing.

Accordingly, an inside-day bullish reversal that falls below yesterday’s low of $4,242 would continue a bearish cycle up to around $4, 000 with a possibility of slumping further. However, the odds for this scenario are lower in comparison to a rally.

BTC Price Has Been Volatile After September 5th 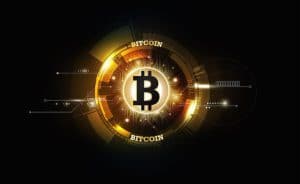 However, following the plunge, the BTC has not been able to retrace to its previous psychological support of $7, 000. Instead, a new resistance level was set at $6, 800 at a level of support of $6,000. In the period up to November 14th, 2018, BTC was able to stabilize at the range of $6,000 and $6,800 and many experts were predicting a break out to a rally. Further, BTC was thought to have stabilized against volatilities.

John McAfee, the founder of McAfee Associates, believes that Bitcoin recovery would be ‘insanely huge’ and is calling on people to stop ‘panic selling’.