Blockchain Startup To Save The World From Plastic Waste 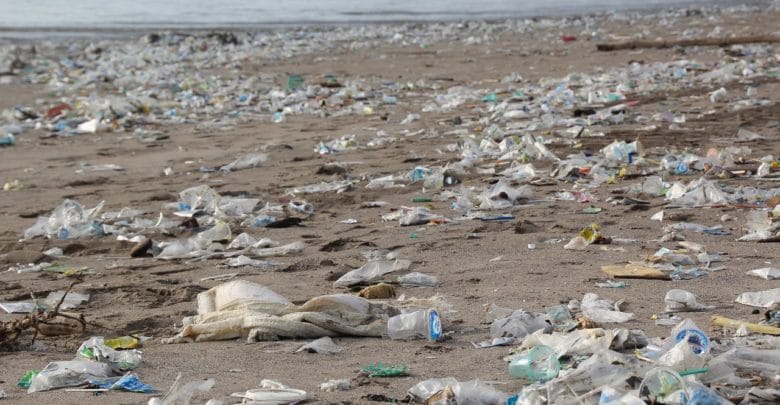 Watching David Attenborough wildlife documentaries back in the day was exciting. Times have changed. Whilst the images are still delighting, the context is completely different. And that because of climate change, pollution and population growth and its toll on wildlife.

The picture isn’t better on the oceans either, it’s even worse. The sheer volume of plastics finding its way in the water and in the marine food chain is depressing. The sad thing is that the whole pollution is preventable. The plastics ending up in oceans, rivers and landfill sites can be recycled. But it requires the will of the consumer.

Consumers, therefore, have to be encouraged to take their plastics to collection centres or recycling bins instead of throwing away without a thought of the consequences. Implementing policies to deal with the pollution issue is another the government can jump in and help. For instance, imposing heavy taxes on plastic carrier bags or even banning them altogether.

But however hard the government tries, the most effective method is where citizens are involved. So how do we incentivize them?

Searching For A Use Case

A Norwegian startup ‘Empower’ uses a Blockchain enabled system to nudge customers into taking action that can reduce plastic pollution.

Myrer admits that the development of Empower is a step up of his entrepreneurial progress. He previously worked on alternatives to traditional banking which didn’t succeed.

Now, Myrer’s plan is simple, there is a range of organizations around the world- corporate business, governments and NGOs alike which share the same objective. What they need is to bring consumers on board with the recycling initiative.

Empower’s role is to use the Blockchain technology as a means to record waste bought from collection centres and rewarding those who gather it. The chain provides information on how much has been brought in, when and the rewarding system for the same. Myrer also added that every participant is to be remunerated the equivalent of $1 per kilo. The data captured at this stage on the ledger can be viewed on the supply chain as the waste is sold on.

According to Myrer, the system can be used in industrialized markets with special application in the emerging markets where tokenized rewards can be used to get people involved.

Myrer also referred to a pilot project where word got out of the rewards for plastic collection and then they had to shut it down since they didn’t have the capacity.

That’s so far the biggest challenge. A partnership is the only way to provide facilities to contain large quantities of plastics. The startup is targeting 10,000 tons next year, up from 10 tons collected in 2018.

The company has already received funding from a 50,000 euro award received at Xynteo exchange summit in Oslo. If the idea works, it’s yet another way that Blockchain can be used to change the world in non-financial ways.