As the end of the year approaches, JPM Group LLC expects that mergers and acquisitions for Blockchain and Cryptocurrency firms will increase. Overall, the company’s market research department- JMP Securities and PitchBook – reveals through a publication that the total number will be 145 in 2018. The report also features 2017 Blockchain and Cryptocurrency mergers and acquisitions where the results were very good for the whole industry for that period.

Definition Of A Merger And Acquisition? 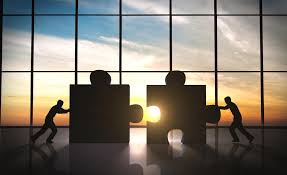 A merger is a situation where a board of directors from two firms seek to merge their separate entities into one through shareholder’s approval. After ratification of the process, one of the firms ceases to exist and becomes part of the other company.

Meanwhile, an acquisition is a process where one company acquires a majority of stakes in one company. However, in this case, the different entities continue to exist in their previous legal and name structure. Additionally, M&As also include consolidation, tender offers, acquisition of assets, and management acquisitions.

The bear run in Cryptocurrency markets is the most significant factor that is contributing to the surge in M&As. The volatile trend and decreasing returns on investments is a major concern to Cryptocurrency firms that are now combining efforts with their market peers. The main aim for the increasing trend in Blockchain companies is searching for new opportunities and M&As are offering the best chance for these firms to expand.

Despite the low Cryptocurrency prices, Blockchain-based investments are not slumping as future prospects are positive. Further, experts are optimistic that a bull run is on the offing as 2018 has been bearish for most of 2018.

Additionally, building and developing Tokens and Blockchain platforms is becoming a complex tax following the increasing regulations and security concerns. Therefore, some quarters prefer to acquire established platforms and tokens to nurture them into successful entities.

Startup Tokens Are Tied To Bitcoin

Further data findings show that another aspect of mergers and acquisition considers Bitcoin price as an important metric of measuring the worth of the company. In this regard, the price of the company is valued against Bitcoin to represent the total worth and asset base of a Blockchain firm. This practice showcases that there is a general trust in Bitcoin. From another perspective, it also shows that Bitcoin is the market leader and its price movements have an implication in the overall M&A dynamics. So, far, the stabilizing market prices seem to have had a positive impact in the market by giving investing firms trust to participate in mergers and acquisitions.

Satya Bajpai, the JMP head of Blockchain and digital assets investment banking and an M&A consultant believe that the most investors seek to peg their stocks against BTC as they believe that Bitcoin is about to enter a bull run which means higher returns on investments for their Blockchain companies. 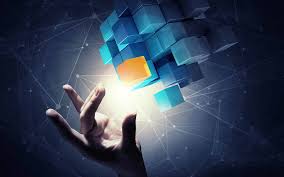 In 2017, there were 100 mergers and acquisitions in the Blockchain and Cryptocurrency industry. The total number for 2018 is expected to hit 145, that is a significant improvement on year-on-year perspective.

However, the biggest challenges to crypto M&A is with valuation. Firms that start through ICOs find it complicated to compensate their initial investors.