The founding partners include Ripple, EMURGO/Cardano, Fetch.AI, and NEM. Besides fostering the understanding of Blockchain in the EU, the Blockchain Association will also represent the interest of Blockchain companies at the European government level. The unified voice will lobby for better policies that complement efforts from various developers and investors.

Blockchain for Europe Association is based in the European Union Capital, Brussels, Belgium.

The Association will Lobby For Blockchain-Friendly Policies

The EU like other jurisdictional governments is keen on creating policies to governing Cryptocurrencies and Blockchain technology. The process requires the input of not only policymakers at government level but also that of industry stakeholders. On the latter part, the contribution of various parties such as Blockchain companies’ CEOs, Investors, etc. tends to be fragmented leading to a weaker advocacy position from the side of Blockchain technologists.

Additionally, the parties being consulted by the government in the Blockchain policy-making process can have different viewpoints on issues leading to inconsistent positions. This disadvantages the Blockchain industry by leading to the formulation of detrimental laws and regulation whose end result negatively impacts the industry even when the mission was meant to have a positive impact. 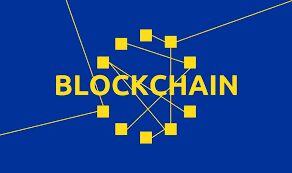 In Europe and much of the rest of the world, the information that people have about Blockchain is derived from sources without credibility such as bloggers. However, the Blockchain for Europe Association is aiming to be the go-to point for all entities in need of clarification about the technology.

The organization will be setting the global blockchain agenda and shaping it as a field that is unique, new, beneficial, and versatile as per the vision of Satoshi Nakamoto who created the first Blockchain platform-Bitcoin.

On November 27th, the association convened a summit alongside four of the leading EU Parliamentary groups. The interactive sessions centered on the immense benefits of Blockchain in various industries such as healthcare, governance, transport, to mention but a few. This is just the beginning and a step in the right direction especially in this period where Crypto markets are grappling with prolonged bear runs.

The Founders Have A Vision Of A Blockchain-Controlled World

Dan Morgan, Ripple’s Head of regulatory relations in Europe, is “delighted” by the fact that the EU may be drafting policies that will contribute immensely to the growth of the technology.

The co-founder of NEM Foundation, Kristof Van de Reck, believes that the association will harmonize the understanding of Blockchain technology by offering a counter-narrative to the biased information circulating on various media.

The CIO of EMURGO, Manmeet Singh, believes that the initiative will drive the adoption of ADA and Cardano Blockchain through liaising with the EU government in drafting Blockchain-friendly rules.