Last Sunday, news.Bitcoin.com reported that there would be a community-driven Bitcoin Cash network stress test in September. Nevertheless, a lesser-known developer called Bitpico has said that another stress test with malicious intent will also be taking place. The unidentified person alleges that the attack has already begun and is expected to intensify over time.

An Anonymous Person Says He Will Take Down Bitcoin Cash Network 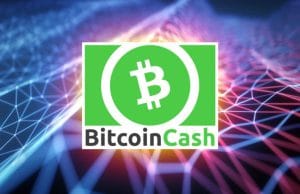 An anonymous developer has said that he will use his homemade spamming payloads to strike Bitcoin Cash (BCH) network. He believes that the spam attacks will be powerful enough to damage the network. On June 22, the anonymous person named Bitpico said the attack has already begun and believes it will grow stronger with time.

Bitpico explained that the Bcash-BCH attack has already been launched and will continue to run as they continue to boost it in the coming months. In a video, Bitpico alleges that they hope to have 5,000 Bcash attack nodes in about six weeks. They said they would then multi-fork the chain. Bitpico says he has mining power and malicious nodes that he will use to besiege the BCH network.

Despite the threats issued by Bitpico, the majority of the BCH community thinks that they are just hot air. One of the factors that have made most of the people not to take Bitpico’s Twitter chatter seriously is because of his empty threats sometime back. Moreover, the script strolling down in the video is questionable at its best, making most of the people to dismiss him as a ‘script kiddie.

On June 24, the anonymous person wrote that no one should say he or she wasn’t warned. He then shared a Fork.lol screenshot showing BTC and BCH hash rate. However, from the comments on the tweet, it seems no one understood the meaning of the picture. No response was given when one person asked if it will be possible to follow Bitpico’s mined blocks from block explorer.

Bitpico To Develop All Types Of Attacks

Bitpico says he was interviewed by Coindesk and has left a Pastebin copy of the same for everyone who wants to see. Coindesk has not yet published the story, and it is unclear if they will do so. In the interview, Bitpico said he is developing various types of attacks ranging from low-level TCP/IP stacks to advanced Bitcoin cash protocol. Bitpico says he has studied the attack and is strongly convinced that he will successfully attack the BCH chain. He has already created a Github repository that holds a GNU license and a readme file. 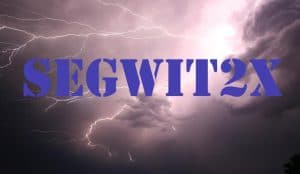 Although Bitpico has tried his best to drive his point home, most of the people cannot establish conclusive evidence to believe his words. For instance, previously, Bitpico has close links with the Segwit2x (BTC1 repository) catastrophe. Bitpico often discussed technical issues on the BTC1 Slack channel. When Jeff Garzik abandoned Segwit2x, Bitpico was not pleased. The anonymous person said that they would be executing the Segwit2x fork regardless of the people’s opinion on November 9, 2017.