Bitcoin’s co-founder Jihan Wu has told Bloomberg that Bitmain Technologies Ltd. is contemplating an initial public offer to raise more funds for development. The Beijing-based Bitcoin miner and mining cheap designer will consider Hong Kong market or any other abroad market that trades in US dollar.

The US$8.8 Billion Company 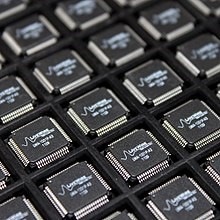 Bitmain has developed a chip technology known as an application-specific integrated circuit (ASIC) that it uses to develop and sell Bitcoin miners. According to Bloomberg, the company is worth around US$8.8 billion. However, this value is an estimate, as the firm is compared to Nvidia Corp. and MediaTek Inc.

Wu has not disclosed the size of the IPO. The world’s leading Cryptocurrency mining cheap producer was founded in 2013. The company has been highly secretive and rarely releases any financial data.

The IPO Comes With More Opportunities For Bitmain

In recent times, Wu has been more open about his personal wealth than before. Many believe that the 32-year old self-made billionaire is doing so with the intention of expanding to other areas beyond the Cryptocurrency sphere. Such ventures can be best achieved with an IPO.

The IPO will also help in revealing the financial position of the company, something that has not been achieved yet. Besides, the stock market will get a chance to give the firm a real-time value. Investors in the company such as Sequoia Capital and IDG Capital will use the opportunity to cash out.

If the IPO goes on as planned, it will be a major achievement for Bitmain and the entire Crypto business as it will make them more open than before. Regulators are wary of Crypto miners and developers, and this has hindered the acceptance of the industry by the larger public. For instance, many people have not come to terms with the recent boom in digital assets.

The company wants to advance its current technology. Although Cryptocurrencies are becoming popular, they are struggling to get support from governments. The IPO will improve the company’s profile. It will now be easy for the business to venture into artificial intelligence and other areas that have the full backing of the Chinese and other governments. 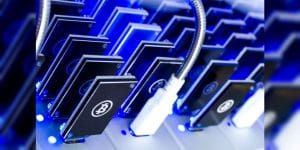 A February report by Sanford C. Bernstein & Co. showed that Bitmain is the biggest player in the Crypto mining gear market, with an 80 percent share. Although the company’s operating profit is not known, most people compare it to that of Nvidia. Most Bitmain’s Antminers customers are companies with cheap power. The professional operators buy the high-powered chips loaded in server-sized boxes in bulk.

Bitmain generates most of its earnings from selling mining equipment. The company also manages mining collectives that allow the various members to bring their processing capacity together and share the profit. Blockchain.info reports that the company’s AntPool and BTC.com collective have a 40 percent share of the Bitcoin mining power in the world.

Although the IPO offers investors many opportunities such as a share in the ownership of the company, they should be wary of competition. The mining industry’s profits have been squeezed especially by the recent tumbles in the various Cryptocurrencies prices.