In a recent blog post, Bitmain has revealed its new ASIC miner. The mining hardware manufacturer claims that the Antminer Z11 “is by far the leading model by performance to mine […] cryptocurrencies”. Bitmain designed the Z11 model to mine cryptocurrencies that rely on the Equihash algorithm. Of which the most prominent are Bitcoin Gold (BTG), Bitcoin Private (BTCP) and Zcash (ZEC) as well as Komodo (KMD). However, ASIC mining is controversial as it outperforms GPU miners. Thus, ASIC mining tends to centralize a cryptocurrency network. 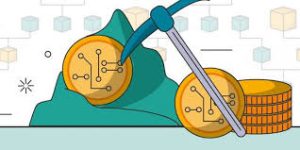 The blog post cites the hash power of Z11 as high as 135 KSol/s “which is three times more powerful than that of the Antminer Z9”. Simultaneously, the new model is much more energy efficient than its predecessor. With only “10.50 J/KSol” the new model saves 60% of electricity cost compared to the Z9. The company’s integration of its new 12nm chip makes this possible.

In order to prevent, the allegations of “secret mining” or of selling only outdated mining hardware to the public. Bitmain started a transparency campaign that discloses its shipments of the new model, a report of its own mining activity and a zero-tolerance policy against secret mining. Furthermore, the company has pledged to never mine empty blocks.