Bithumb is leading the war on money laundering by opening a money laundering prevention center in South Korea. This is according to a report from Korea Joongang Daily that covers the country.

By unveiling the center, Bithumb will be the first and only Crypto exchange platform in the world to take concrete anti-money laundering measures.

In the past, regulators have been accusing Crypto trading platforms of aiding and abetting money laundering. This is a serious accusation as studies have proven the vice as a key factor that supports illegal activities such as black markets, drugs trades, and even terrorist activities.

Cryptocurrencies are transferred between one peer to another on Decentralized Ledgers that are managed by peers from their personal servers/computers. In this infrastructural arrangement, central banks or other government agencies have no role to play and their monetary policies are sidelined.

Moreover, Blockchain technology allows users of Cryptocurrencies to remain anonymous and also the number of Tokens they send to remain private through cryptography that assigns unique codes that conceal the volumes of Crypto transfers and even the recipients.

Hence, Cryptocurrencies are ideal for offering a haven for players in the darknet who can freely and without detection fund their activities through Cryptos and redeem their Tokens for Cryptos on Crypto exchanges such as Bithumb. This is one of the many reasons why regulators are tough on non-compliant Crypto exchanges and Cryptos at large.

Bithumb Will Pioneer A New Strategy Of Compliance

The Bithumb money laundering prevention center is set to be operational in the course of July 2019 as per an announcement on Friday 21st June.

The center is set to house a strong team of at least 30 cyber-security experts who will be tasked with ensuring that Bithumb users comply with AML standards such as adhering with Know Your Customer (KYC) requirements. 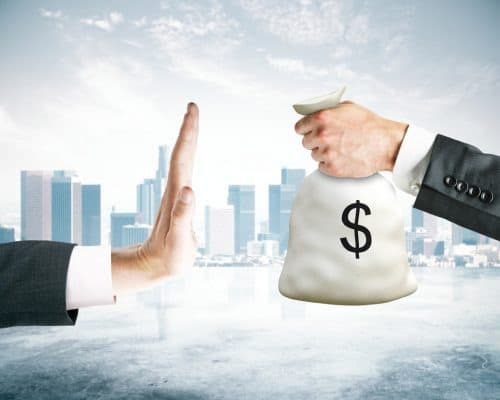 Bithumb is assuring the world that the AML center staff will be independent to guarantee that they will enforce all the rules that enhance compliance.

Systems that the Bithumb AML team will utilize include the fraud detection system (FDS) that will be generating suspicious transaction reports (STR).

Further, the AML team will play a crucial role in mediating conflicts and solving any fraud-related accidents.

An official from Bithumb reveals that the goal of launching the center is to build a transparent system for all users and also to strengthen AML strategies around the world.

Most importantly, Bithumb is calling on its users to note that the new money laundering prevention center is an upgrade of its initial fraud prevention models.

In the initial fraud prevention model, Bithumb allowed authorities to regularly check the real names account holders that were connected to banks as an AML measure.

There is also a complimentary FDS mechanism in place that reviews big data to detect fraud on Bithumb.