Cryptocurrencies such as bitcoin have become popular because they are decentralized and many compare their openness to the internet. However, analysts have cast doubt in this widely held perception about the virtual currencies. They believe that a few influential individuals are in control of most of the bitcoins.

Only A Few Holders Control Most Of The Transactions 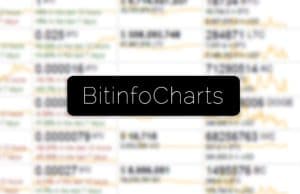 BitInfoCharts has released a report that further shows that a handful of influential people controls bitcoins. Although the Cryptocurrency has over 11 million holders, 1000 of them hold 35.4 percent of the bitcoins. This shows that the sector is not as decentralized as many people believe.

According to Bob McDowall, a Cryptocurrency expert, these “whales” can determine the monetary policy in the sector, the same way central banks function in the traditional financial system. Bitcoin “whales” is a term used to define big money players who have a significant influence in a given financial market.

Central banks are in charge of supplying their currencies and regulating their availability. There is no central authority to control Cryptocurrencies production. Instead, thousands of computers spread around the world solve complex algorithms to “mine” the Cryptocurrencies. The currencies are then traded freely on the internet.

The Bitcoin Supply And Market

Currently, there are around 17 million bitcoins in the world. Their number cannot exceed 21 million. During last December’s surge in bitcoin price, a few of the virtual currency’s investors became billionaires overnight. However, the money has experienced a drastic reduction in cost since then.

BitInfoCharts has also revealed that the top 10 account holders control about 5.6 percent of the bitcoins. However, it is challenging to quantify the number of people who own these accounts. This is mainly because one person can have several reports. Furthermore, several people can control one account. Therefore, identifying the actual number of people managing the most popular Cryptocurrency will remain a mystery.

A Demonstration Of How These Bitcoin “Whales” Are Powerful

Bitcoin “whales” are responsible for a significant part of transactions in that currency. For instance, between Monday and Tuesday this week, 200,000 thousand sales were conducted. However, the biggest 100 transactions accounted for 24 percent of all the transactions in money value. This level of concentration is too significant and not comparable to any in the traditional financial system.

The above example shows how powerful these bitcoin “whales” are influential. Craig Erlam, an analyst at Oanda, observes that in the traditional currency market, no single player can influence the sector. However, this is not the same as Cryptocurrencies. This means big bitcoin players can manipulate the market for their gain. Many analysts believe these “whales” observe each other before making any major move to avoid excessive falls.

However, according to AQR Capital Management’s former director Aaron Brown, bitcoin “whales” are not as powerful as many people believe. He agrees that the different players may work together for their benefit. However, he quickly notes that most of the initial investors in bitcoin have a strong community sense. Chainalysis claims that more people have entered into the bitcoin business since 2017, thereby further reducing its concentration in a few hands. The supply of bitcoins has increased in the last few years, and a new type of players has entered the market, further reducing the influence of the “whales.”

One thought on “Bitcoin ‘Whales’ Controlling The Virtual Currency”