It feels good to see bitcoin’s price rise, especially after a disappoint 2018. This year alone has seen bitcoin gain more than twice the value it had during the last quarter of 2018. It all began in February, the first positive month in a very long time. The prices gained momentum in the following weeks, between April and May. The price is now averaging above the $10,000 mark.

As we speak bitcoin’s price has been experiencing a few corrections here and there. That however has not broken investor’s spirit any bit. Analysts are predicting that bitcoin may breach the $100,000 mark in two years’ time.

It’s not the first time we are hearing such insane predictions. Folks in the bitcoin community have been making these kinds of forecasts even long before bitcoin reached $20,000. John MacAfee, a cybersecurity pioneer and one of the early investors of bitcoin has for long been positive on bitcoin reaching $1 million by 2020.

To have such kind of optimistic endorsements is good news for cryptocurrencies in general. Critics have often dismissed crypto investors as idiots with low IQ and unable to make better investment decisions. The joke’s back them now as veterans in the stock exchange market see otherwise.

We analyze predictions from a group of Wall Street analysts, traders and investors with more experience in stocks, commodities, bonds and foreign exchange trading.

These veterans are already successful in the traditional market. If anything, they have everything to lose if bitcoin’s success is a pipe dream. They however see a market with an immense potential, perhaps bigger than themselves. That’s why they are making the leap and endorsing bitcoin.

Also the fact that they are each independently predicting $100,000 should raise eyebrows for any investor. Here are some of the predictions.

A renowned professional investor since the 70s and CEO of Factor LLC. Also author of Classical Chart Patterns and Trading Commodity Futures among others.

He correctly predicted an 80% pullback in January 2018, when bitcoin’s price was still at its peak. He is advocating another bull run with $100,000 the target.

Brandt says that in his 45-year investment experience he is yet to see any market go parabolic on a log chart like bitcoin’s manner. 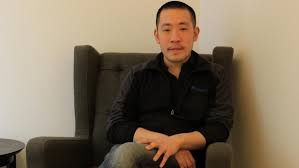 The MIT graduate and former Goldman Sachs and now at LedgerX is optimistic on bitcoin hitting $100,000. In fact, he says he wouldn’t blink on bitcoin reaching the mark.

Yusko made his predictions at CNBC’s fast money asserting that bitcoin is the best performing major asset class this year. He predicts a parabolic run to $30,000 before correction. $100,000 by 2021 according to mark Yusko is quite easy to draw out