The recent crypto boom has presented scammers with yet another opportunity to reap where they didn’t sow. 2018 bear market wasn’t a good year, even for the scammers themselves. But with the recent rise in price and an imminent bull run, they are coming out of their hiding holes.

Africa has been a target for scammers for quite some time now. Bad actors, often stemming from Europe and the United States target and exploit uneducated Africans. They offer lucrative investment opportunities by promising outstanding results in a very short period of time.

The result of the scams has been a loss of confidence in digital currencies among Africans. A mention of bitcoin to anyone whose family member has been swindled is often being met with a quick rejection of the same.

In this piece today, we explore some of the worst bitcoin scams to rock the African continent that have contributed to the low adoption rates currently been experienced and ways to avoid the scams.

MMM is the largest and oldest Ponzi schemes, founded by Sergei Mavrodi, a Russian fraudster. Its operation has been on and off in different countries in the world.

Bitcoin’s rise propelled MMM’s entry in Africa in 2012. The scheme has swindled Africans in Kenya, Nigeria and South Africa by taking advantage of bitcoin’s promises to free them from banks and social inequity. Enthusiasts were promised 50% returns when they pool funding. The scheme came tumbling down revealing the scam it was.

In a case of April 2018, a bitcoin company in Calabar disappeared with millions of Nigerian naira. The guardian reports that over 1000 had invested and were waiting for 30% interest in a weeks’ time. What followed was the shutting down of the company and a warning from the government against investing in any cryptocurrencies

Many more Africans have been scammed by schemes like Bitcoin Global in South Africa, Velox 10 in Kenya among others like the Bitcoin Wallet scam of South Africa.

Now, all these scams have a few things in common;

If the deal is too good, you better think twice. One of the characteristics of a Multi-Level Marketing scam is high returns. Any business that promises 100% returns in only but a few weeks is probably a pyramid scheme. It is a tactic that lures many people only for the directors to disappear and never to be seen again.

Next time, consider the returns vs the market prices. A 100% return is impossible in a 10% price gain. Also, understand that the market is highly volatile and therefore, guarantees of gains is an illusion. 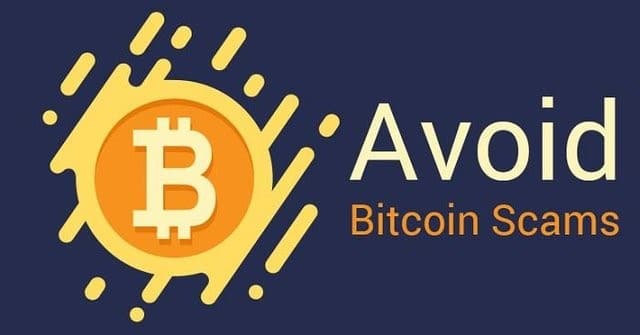 Have they asked you to invest early so as to earn more as people join? It is a popular tactic scammers use to convince you to invest before conducting due diligence and investigating the company

The MMM, Bitcoin Global and most scams seem to have quite expensive training and membership fees. This is not quite the ordinary because legitimate companies train their marketing teams for free besides holding their conventions and networking events for their members. Beware.

Does The Founder Have A Criminal Past

Anyone convicted of financial crimes in the past or present, or anyone with no demonstrated expertise in the respective industry is a red flag.

MMM founder was convicted in the past. Bitcoin Wallet founder on the other hand has no technological of financial training. It would save you a lot if you investigated first.