It is a fact that BTC wasn’t able to ignite much interest towards the end of October 2019. The next Bitcoin halving will probably be in the next 194 days. For those who are deeply involved in the crypto affairs, this appears like an eternity. But the news is that Bitcoin is now stable.

The Price Targets For Bitcoin

If the bulls have their say, then it would be hard for the coin to close at more than $10,000 in the next coming days. The candles on the trading charts offer a certain visible momentum that might be so hard to break. Should BTC be able to attain this growth, then the next resistance level could just be $12,000. The support is still in the region of $7,914, which is expected to improve anytime soon. 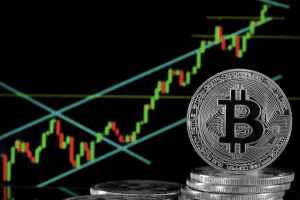 As BTC tries so hard to consolidate, the initial level of support can be found in the region of $8,600. The bears might even be cheering this coming week, and therefore, it might just be a short-lived victory. If, by any chance, the support level of $8,600 fails to hold, then the next possible levels could be $7,200 and $7,900. But a revisit of a low support level like $6,000 is not expected anytime soon. It is important to note that a break under the main connecting bullish trend was witnessed. It had a support in the region of $9,240 on the hourly chart of the pair of Bitcoin and the US Dollar. Even though a low was seen around the price of $9,081, it is now correcting. That is the good news.