If you thought that bitcoin market was about to die soon, you are wrong. In fact, the opposite has just happened as the market has joined the big leagues in hiring former regulators. The Cryptocurrency companies are now in competition with Wall Street megabanks and government-owned telecom monopolies among other major companies in the scramble for these highly-experienced individuals. Bitcoin has put a former regulator on its payroll.

Another Regulator Joins The Crypto Industry

Andereesen Horowitz has announced that it has hired Katie Haun as a general partner. Many tech publications have applauded the move, as it is a demonstration of diversity and inclusivity. This is mainly because of her gender. However, some analysts have seen her as another government lawyer and a regulator who has moved to the Cryptocurrency companies recently. 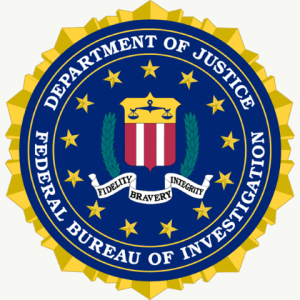 Haun is not new to Cryptocurrencies as some may think. She has worked with the U.S. Department of Justice (DOJ) as a federal prosecutor for over ten years. She mainly handled fraud, cybercrime, and compliance failures. She has worked with agencies like the SEC, FBI, and even Treasury. Her other achievements include being the first coordinator for digital assets in the DOJ. After Mt. Gox hack, she was given the role of leading the investigations. She also played a crucial role in the investigation of the corruption cases in the Silk Road task force.

Her resume proves that she is a very capable and intelligent woman. She is a law expert. The fact that she is not a venture capital is expected to raise more questions about her role in the company. However, there is a strong belief that she will help the company overcome the various legal challenges it may face. Moreover, she will be critical in ensuring that the company works within the provided legal framework.

The Other Regulators That Have Joined The Crypto Industry

Mary Beth Buchanan joined Kraken in May this year. Previously, she was the US Attorney for the Western District of Pennsylvania. Kiran Raj is another regulator who joined the Crypto industry through Bittrex in the capacity of chief strategy officer in December last year. Previously, he was the Deputy General Counsel at the Department of Homeland Security (DHS). John Roth also joined the company as the chief compliance and ethics officer. Formerly, he was a DHS Inspector General. Ben Lawsky is another former regulator who joined the Cryptocurrency industry in 2015 when he became one of the members of Ripple’s board of directors. His achievements at New York Superintendent of Financial Services included championing for the Bitlicense.

How The New Trend Will Affect The Crypto Industry

The recent cases of more regulators joining the Crypto sector are not illegal. These former regulators are critical in assisting most of the Crypto companies in navigating in the complex legal system. The move also offers the new entrants a chance to use their government experience in the private sector. However, there are fears that the recent 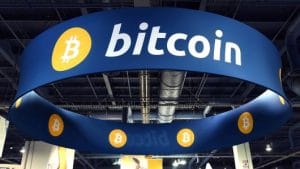 trend will hamper stiff competition as it introduces a new barrier of entry. For instance, those who choose to open new Crypto exchanges in America may have to look for the right connections to get a reputable regulator on board even when they have enough capital.

The hiring of these regulators may continue until some honest lawyers see the adverse effects of this move in making the process more cumbersome. However, until then, more Bitcoin companies are expected to continue hiring the people it believes will be valuable.