In the last 24 hours, Bitcoin has lost 1.62% of its Token value and the short-term intra-week bear trend is likely to take BTC/USD towards $7,500. This is the new level of support that is set to act as a base of support as the leading Crypto corrects its gains to consolidate its value as it recuperates after the prolonged post-2017 rally slump.

On a closer analysis of the Coinmarketcap chart, BTC/USD then proceeded to remain stable and held steady at the $7,900-$8,000 range up to 19:34 UTC when BTC slid past $8,000 in a second sharp drop that tested new lows.

At the beginning of Wednesday, trading cycle, the pair started at $7,716 and it is difficult to predict whether Bitcoin would regain its $8,000 level or continue sliding towards $7,500. 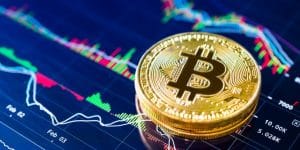 For retail and institutional buyers who may have missed taking advantage of the earlier bear cycles to buy is an ideal time to invest. This is because, despite the ongoing bearish momentum, the long-term outlook of Bitcoin is still bullish.

Projections show that BTC is headed for $10K in the third quarter of the year and there is a high possibility that the highest peak price of $20, 089 that was achieved on December 17, 2017, could be regained.

For risk-averse investors who are still sceptical of a possible Bitcoin rally to new highs such as Max Keiser’s $100,000, it is important to start by appreciating the fact that Bitcoin has gained by over 200% in the period between December 2018 and May 2019 after hitting $9,084 and the prevailing bearish cycle is only a normal market trend.

Additionally, Charles Hayter, the CEO and one of the founders of CryptoCompare which is a digital data platform says that the recent slump is only “a retracement,” as the recent sharp rally consolidates.

Tim Enneking, the chief of Digital Capital Management, is also agreeing with Hayter, He is saying that the pullback is expected to be a 25-30% slump from the peak of $9,084. In this perspective, the BTC/USD loss is halfway through and there could be ample time for investors to get a stake of the mighty Bitcoin ahead of its recovery.

Nevertheless, investors should take note that Bitcoin is an asset like any other and its price could go either way in the short term and long-term outlooks.

In addition to being a normal pullback, the prevailing bearish momentum is also being caused by a “confluence of events” as John Todaro, a researcher from TradeBlock puts it.

The first event is profit taking by whales. Tadaro says that after BTC touched $9,000, many investors rushed to sell, their pairs to get a profit and take a breather. This is affecting the RSI by triggering an oversold condition that is affecting price performance.

Additionally, the recent US SEC lawsuit against Kik-a social media startup. This event is once again exposing the soft underbelly of the Crypto market and just how much power government agencies wield over Digital Tokens.