With encouraging remarks from Li Bo, the new deputy governor of the People’s Bank of China, China may be softening its stance on crypto assets nearly about four years after implementing a crackdown on bitcoin (BTC), altcoins, and cryptocurrency exchanges.

Li Bo was interviewed by several media organizations, including CNBC and the South China Morning Post, as a spoke person about Bitcoin, cryptocurrency, and central bank digital currencies (CBDCs) at the Boao Forum for Asia on Sunday in Hainan, China.

The deputy governor, who spent 14 years at the PBoC before being promoted to vice mayor of Chongqing in 2018, was assigned to his current position at the central bank last week. In his first big speech as President, he said,

“Bitcoin and stablecoin are crypto assets in our eyes. , There are some investing opportunities. They are not currencies in the traditional sense. The primary position we see crypto assets playing in the future is [as] an investment alternative.”

“Many countries, including China, are still researching more about crypto and evaluating what possible steps should be taken. we need some sort of regulatory requirement to avoid speculation with any of these assets from posing significant financial stability risks.” 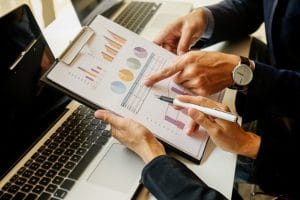 Both domestically and internationally, the remarks would raise concerns. Bitcoin’s popularity remains high in China, even though many traders were unable to access it. Notwithstanding this, the interest in over-the-counter trade remains strong, and in the past, the Chinese authorities had preferred to emphasize that the token had never actually been outlawed.

Li Bo also discussed the PBoC’s digital yuan plans in-depth, clarifying the central bank’s commitment to getting the token functional in the schedule for the 2022 Winter Olympics, which will possibly be held in Beijing in February.He said.

“We are seeking to make [the digital yuan] accessible not only to domestic consumers but also to foreign players and spectators for the forthcoming Beijing Winter Olympics.”

The PBOC revealed earlier in the month that the cryptocurrency project had been expanded to include more countries, including Shanghai.

However, the deputy governor denied claims that the digital yuan had been incorporated as part of a more significant effort to exclude the US dollar from China’s and its trading partners’ ecosystems. He said

“We don’t aim for USD or any other foreign currency to be replaced. Our objective is to allow the consumer to select and to promote international trade and investment.”

Speaking at the same event, former PBoC Governor Zhou Xiaochuan indicated that the digital yuan was being established, focusing on the international level.According to Zhou,

“Our priority is to create a stable domestic digital yuan first, followed by the creation of a functional society while collaborating with our international partners. Hopefully, we’ll get a cross-border solution as well in the long run.”

Li once again declined to commit to a date for full nationwide deployment, saying that a variety of technical problems needed to be addressed first.