Bitcoin prices have hit their lowest levels this year after a South Korean exchange reported a hack on its system over the weekend. The exchange reported a loss of up to a third of its coins. The attack has renewed questions about security on the various Cryptocurrency exchanges. 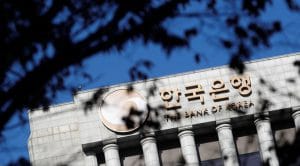 A South Korean Cryptocurrency exchange, Coinrail, was the target for hackers over the weekend. According to a statement on its website on Monday, the exchange said that it experienced “cyber intrusion.” Although the statement didn’t quantify the value of the loss, about 30 percent of the coins traded on the platform were lost.

The Sunday attack targeted ERC-20 backed tokens. Some of the tokens lost according to the company include Pundit X’s NPXS token, Aston’s ATC, and NPER’s token. On Sunday a blog post on Pundit X website claimed that some of the stolen tokens included 1,927 ether, 2.6 billion NPXS, 93 million ATX, and 831 million DENT coins among other tokens.

At the time of the attack, Yonhap News agency cited undisclosed sources that valued the loss at 40 billion Won (USD 37 million). However, data from CoinMarketCap has lowered the value to $30 million. The hack is the biggest Cryptocurrency theft in South Korea.

A Steep Fall In Bitcoin Prices Recorded After The Attack

Investors in bitcoin cryptocurrencies are experiencing huge losses in the wake of the hack on the South Korean exchange. Coindesk said the cryptocurrency was trading at USD 6,780 on Monday, from USD 7,500 recorded over the weekend. This is the lowest price for bitcoin this year as it fell below USD 6,874 recorded on February 5. Since last December when the Cryptocurrency price almost hit $20,000, it has dropped by over 66 percent.

Coinrail is a small South Korean exchange. The great havoc the attack on such a small exchange caused on bitcoin is an indicator of the security risks associated with Cryptocurrencies. Moreover, it is a demonstration of weak regulation of the various global Cryptocurrency markets. Cryptocurrencies are popular in South Korea, especially among young people. One of the largest Cryptocurrency exchanges, Bithub, is based in the country.

Coinrail Suspends Trading After The Attack

After the announcement of the attack, Coinrail suspended trading on its platform. The exchange has also said the remaining 70 percent of its reserves are safe. The company has moved them to a cold wallet inaccessible over the Internet. The South Korean exchange has collaborated with relevant authorities in the country and has managed to freeze about two-thirds of the stolen tokens. Investigations are ongoing on the remaining tokens.

Before the attack, Coinrail had a 24-hour trading volume of $2 million. Data on CoinMarketCap further ranked the exchange in the 90th position. Given that the exchange is already suspended, its data is not currently available at CoinMarketCap.

Coincheck, a Japanese Cryptocurrency was hacked and lost coins worth around half a billion dollars. Mt. Gox was the world’s leading bitcoin exchange as it controlled over 80 percent of all bitcoin transactions. In 2014, the company was hacked and lost half a billion dollars’ worth Cryptocurrencies. The company didn’t recover and filed for bankruptcy. Youbit is another South Korean exchanged that ceased its operations after an attack.