The Bitcoin Blockchain platform is attracting Crypto miners more than ever before. This is one of the key indicators proving that the Cryptocurrency is set for more adoption in the short and long-run outlooks.

The data from monitoring resource Blockchain for September 18 shows that the Bitcoin hash rate has crossed the 102.8 quintillion mark. This is the first time that such a milestone has been reached since its deployment in 2009.

As data from monitoring resource Blockchain confirms as at September 18, hash rate, ultimately a function of how exploited the Bitcoin network is, has reached a high of 102.8 quintillion hashes.

BTC prospective hodlers are competing to solve algorithms to earn Block rewards. On Coinmarketcap, there are over 17 million Tokens in circulation out of the total 21 million that was created on the Blockchain. Although the rewards for mining are now a small fraction as was the case in the initial stages, it is evident that interest in BTC is only gaining traction and the long term outlook points to a rush for BTC.

Furthermore, it is important to note that the current hash rate has been growing phenomenally consequently. For instance, data shows that between September 2018 and September 2019 the hash rate has surged from 31 quintillions to 102.8 quintillion hashes per second. This is a growth of 230% in the last period and it shows that the demand for BTC is at an all-time high. 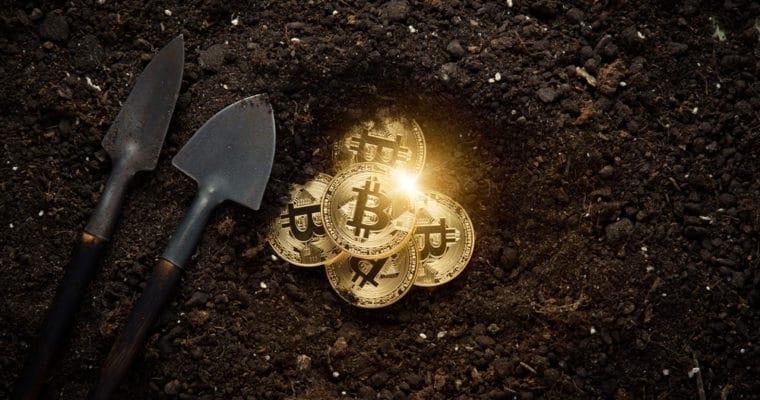 What Are The Price Implications?

The findings have already rattled the market and could overturn negative press on Virtual Assets regarding the recent announcement by North Korea of issuing its national Crypto. However, the BTC/USD price is bearish having lost about 1% in the last 24 hours. The price is now hovering around $10,083.17 as the largest asset by market cap struggles to stay above the psychological support level of $10,000. Additionally, the Token supply is now close to 18 million supporting the assumption that the increased hash rate means more BTC Coins are being mined. Further, the market volume in the last 24 hours is more than 17 million, which is the second largest market activity behind Tether (USDT).

Other Crypto prices are also in the red with the exception of Ethereum that has gained an astronomical 3% to trade at more than $222.36.