China has revised the ranking of Cryptocurrency projects and introduced two new Crypto projects. In the list of 30 Crypto projects, EOS has replaced Ethereum in the top position with Bitcoin falling from 13th position in the first rank to 17th.

China’s Center for Information Industry Development (CCID) has increased the Crypto projects rankings from 28 to 30. The Global Public Chain Technology Evaluation Index was unveiled on Wednesday, June 20, 2018, at the Shanghai Science Hall. This month’s index is the second one and is expected to have an impact on popularity and prices of the various Cryptocurrencies in circulation.

China introduced the first Crypto ranking last month, making it the first government to have an official listing of Cryptocurrencies. The coins were judged based on three aspects, namely innovation, technology, and usefulness of the application. Bitcoin core (BTC) did not rank among the top ten. Ethereum topped the list while Monero and Bitcoin took the ninth and 13th position respectively.

Eric Zhao made the news about the ranking available to the outside world on Twitter. He said that the decision to introduce the list is a sign that governments are seeing Crypto projects as advancement in technology and innovation and not a threat to the current banking system and government. The top five Cryptos on the list included ether, steem, lisk, neo, and komodo. However, if these currencies were ranked based on their efficacy, as mediums of exchange, BCH and BTC would definitely top the risk.

The CCID Network, which is under the Ministry of Industry and Information Technology, has said that the CCID Public Chain Technology Assessment Working Group has introduced some changes to the ranking structure. Among the changes introduced is the optimizing of the model. The second phase has also seen improvement on the security assessment algorithm. There has also been the introduction of the assessment indicator for ease of use of public-chain nodes.

Despite the introduction of these changes, the basic model of ranking the Cryptocurrencies has not changed. The three aspects mentioned above were used. However, no information was given regarding consideration of factors like liquidity of the currency, trading volume, adoption, and price. 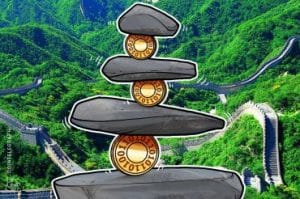 CCID said that although EOS went live on June 10, it has demonstrated advanced technological innovation. The Cryptocurrencies has been able to overcome challenges such as short-term suspension due to its technology and the software update speed. CCID added that since the currency is still young, the stability of its network would remain closely observed. According to the center, EOS has an evaluation index of 161.5, ahead of Ethereum, which has a combined score of 138.4.