Bitcoin has regained the 10.000 USD level. It is something that Bitcoin had already achieved in late November 2017. Less than 3 weeks the later the price collapsed again and we entered the bear market called the crypto winter. Now with midsummer passed this year, none of that seems to be relevant anymore. Bitcoin has started a crazy bullrun from about $3500 and the market is euphoric about it. Currently, the price is shortly before breaking the $11k level with an insane price increase from 11.4% in the last 24 hours.

In addition to that, Bitcoin has outperformed all major Altcoins. Only Bitcoin SV could more or less catch up with a 9.7% rally. Ethereum could also break a major psychological resistance above $300 and sits currently at $310. However, in absolute numbers Bitcoin has of course outshined everything. Rising by almost $2000 in 24 hours. As a consequence of this, the Bitcoin dominance has risen again and jumped 1.5% from 57.9% to 59.4% in just a day. Normally, the Bitcoin dominance changes just a few decimal places over days.

Reasons For the Rise 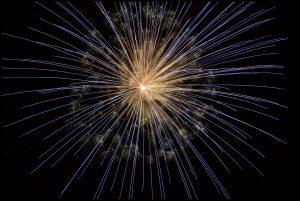 From a technical perspective the rise above the above the $8400 – $8600 level was a strong signal for the bulls. However, the technical perspective only provides insight to potentials. The strength in the market can be described rather by fundamentals.
Facebook was a big subject in media all around the globe. While many people in the crypto space have dismissed Libra as a centralized currency that has only little to do with a real cryptocurrency, the effect that Libra could have on the market is deemed to be a very positive one. As it will bring new people into new forms of money. Facebook already has a bad name regarding data security and privacy. Thus, so the aussumption, people will look for alternatives of Libra, and could find e.g. Bitcoin.

Where is Bitcoin Heading Now?

Given what we see in Bitcoin’s history, there is reason for optimism for now. Yet, no one can tell for sure. A major retracement has not occured so far. However, it would be a healthy development for Bitcoin to be sure about local bottoms from time to time. A parabolic move to ever higher highs is what led consequentially to the crypto winter.
However, there are still people who at least consider the option has not yet bottomed out. Although there is a lot of euphoria in the market now, it is always worth to assume the worst case scenario and prepare yourself for negative scenarios. A good option for that is to set Stop/Losses.