Binance and Coinbase which are the global leaders in Cryptocurrency exchange platforms are reporting that Bitcoin Cash is on a bullish rally. According to a quick analysis of the data from these two listings, it is evident that BCH has surged by 45% in less than 10 days after the 1st of November 2018. Many experts believe that Binance and Coinbase endorsement of the Bitcoin Cash coming hard fork to be the single factor as to why Bitcoin’s clone is performing so well.

What Is A Hard Fork?

A Hard fork is a system upgrade that is usually applied to Blockchain platforms on an occasional basis. It does not create a new utility Token, but it can make some protocols obsolete on the ecosystem. This effect prompts many users to migrate to the new protocols to gain from the enhanced features that come with the hard fork. In the event that users fail to migrate to the new protocol, there will be two separate platforms meaning that there might be two separate Cryptocurrencies such as in the case of Bitcoin (BTC) and its hard fork which is Bitcoin Cash (BCH).

The much-anticipated hard for Bitcoin Cash will be happening on 15th November 2018. In this upgrade, there will be two coins and all users will be eligible to get both Tokens. However, those that will adopt the new Cryptocurrency will be allowed to do so as the value of each Digital Asset will be harmonized.

Binance and Coinbase will be at the center of the hard fork. These two platforms will be offering transaction services to BCH users who wish to adopt the new Token. This is intended to ease migration between both Crypto Assets in a way that will both adoption of the new fork that developers are promising to be a game changer in the field of Cryptocurrencies.

However, it is important to note that there is no intention of creating a new coin and letting it trade side by side with BCH, it is just a precautionary measure of how to deal with two coins following Bitcoin’s fork that resulted in BTC and BCH coexisting side by side.

Users can also choose to keep both Coins in their Crypto wallets as Blockchain platforms are a user-end operated ecosystem where individuals run the network as they please.

Bitcoin Cash usually undertakes forks twice a year. But this time around, the update is expected to greatly enhance the user experience by improving security, scalability, and issues surrounding the speed of building blocks. 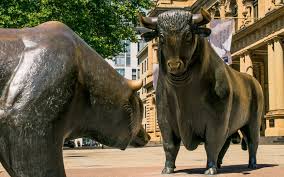 Bitcoin Cash (BCH) Is On A Bull Run, But For How Long?

Following the endorsement of the fork by the two Crypto exchanges, BCH has surged to levels above $600. However, the prevailing downward market pressures and a downside correction have since led to a self-correction that has made the price to retrace and stabilize at $550 in the last 24 hours. However, BCH remains to be the largest major performer in Crypto markets at above 10% closely followed by XRP that is has been making headlines on its streak of mass adoption and institutional deals.

One thought on “Bitcoin Cash Is On An Unexpected Bullish Rally”