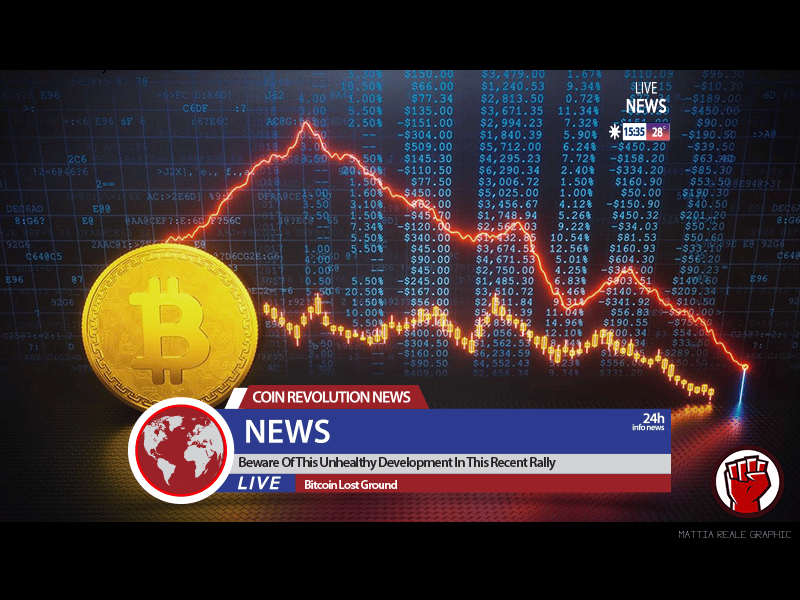 I have warned of a correction in our last analysis. Ultimately, our analysis was wrong as the price broke above $10,000 and there is a huge euphoria going around that this trend will continue. However, while I too have a bullish sentiment now for the short-term, I would still like to point out that we are absolutely not in the clear. Here are some facts that should make you concerned about the bullmarket being legitimate.

This is what I already pointed out as worrisome in our last analysis. Bitcoin has performed this stunning price rally without retesting any strong support levels. There had been some smaller corrections and sidewards movement but it was nothing major to reassure the market of healthy growth. Instead, Bitcoin has literally lost ground. We can show this by comparing the last bull run (and the previous bull runs would have provided similar insights). 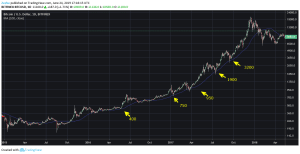 How a Healthy Bull Market Looks

Testing the 100 MA (blue line in fig.1) repeatedly is the usual pattern for a bull market. A bull market does usually not take off from beginning on but proves instead repeatedly that it follows a “healthy growth pattern” by testing the bottom (100 MA or EMA). Bitcoin did not do so this time. Therefore, I recommend to consider the scenario that Bitcoin will sooner or later retest the 100 MA or even the 200 MA. The FOMO that drove the price of Bitcoin nearly $2000 USD higher in less than 24 hours could turn into a shock and consequentially into a panic sell. 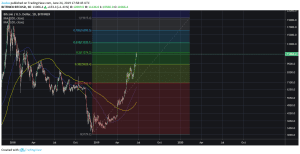 Last time, we misinterpreted the market. We called a correction too early. However, now the market has gained a lot of FOMO buyers that could drag the price of Bitcoin still higher from this point. Therefore, I conclude to seek for exit points. The Fibonacci retracement provides us with 11,375 (0.5), 13,330 (0.618) & 16,000 (0.786). Currently, Bitcoin is about to reach the 0.5 Fibonacci level. If there is enough steam to reach the next two has yet to be seen in the next analysis.

DISCLAIMER: This is no financial advice and serves only as information. Always DYOR

Reasons For the Recent Surge of Bitcoin – Return of the Bull?