An Emerging Blockchain Platform Is Automating The Use Of Vehicles 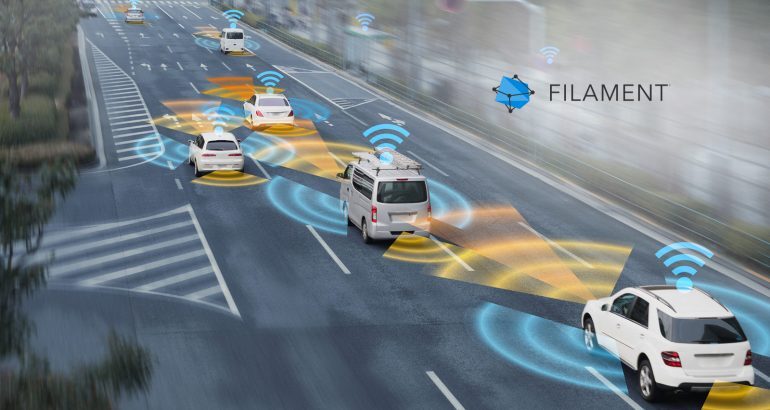 Blockchain technology will be customized to offer operability of automated vehicles. It is important to note that ‘automated’ motor vehicles do not mean self-driven cars alone that are yet to be commercialized, but all motor vehicles on the roads. The diagnostics that the distributed ledger technology platform will be recording are environmental data with a goal to enhance safety and reliability in transportation.

The Blockchain platform is referred to as Blocklet for Trusted Vehicle Applications (TVA). It is developed by a U.S. tech firm called Filament that specializes in creating devices for maximizing the potential of connected devices. Basically, the hardware captures and relays data to Blockchain networks for recording.

Hence, on the case of the Blocklet for Trusted Vehicle Applications, the device-Blockchain network will offer forgery-proof end to end automation services. The data will build Blocks that the ecosystem will showcase to stakeholders such as fleet owners, law enforcers, and other parties.

About The Hardware Component Of The Blockchain

Vehicles will be fitted with a connectivity device that will be collecting data for relaying to the Blockchain network for ledger entries. The technology that will power the device is cellular connectivity similar to radio technology.

It will use next-generation environmental sensors to record humidity, temperature, and barometric pressure data that is accurate, real-time, reliable and consistent. Most importantly, it will be a large-scale or even a small-scale monitoring device for purposes such as logistics, car usage, security, safety, and so on.

Application Of The Technology Will Make A Difference

The CEO of Filament, Allison Clift Jennings, is confident that the Blockchain for Trusted Vehicle Application will be a first of a kind Internet of Things and Blockchain combination. Thus, it will transform transportation by automating the vehicle logistics landscape through immutable and verifiable historical data.

Firstly, it will proffer logistics on the motor vehicle supply chain. This will be possible through tracking the progress of products from the point of manufacture to the point of retail and eventual acquisition by an end consumer. This would be critical in ensuring that the chain is efficient and transparent to spur the growth of the auto industry.

Secondly, Allison believes that Blockchain TVA technology could play a central role in the development and growth of intelligent mobility. This includes self-driven cars, smart vehicles that avoid accidents, etc. This is because the DLT-connected vehicles can tap into the potential of distributed, edge-authenticated, and transparent data that is the principle for motor vehicle automation.

Thirdly, companies that on fleets could apply smart contracts on the network to measure data such as mileage, tonnage, time, vehicle usage, speed, etc. to determine rates.

This application points to a step in the right direction in the context of Blockchain and the automotive industry. In February, Porsche, a sports carmaker, and XAIN, a Blockchain tech based in Berlin, started to test an Internet of Things Blockchain application for cars. The prototype can lock or unlock doors, authorize vehicle access, and improve autonomous driving functions, all via a mobile app.

In the EU and Germany, the Angela Merkel ruling coalition CDU/CSU–SPD government is implementing policies to revolutionize the automotive industry totally.