Cryptocurrencies have continued to experience high acceptability as a British mosque reported that it received more donations in the virtual currencies than fiat money. The decision to allow the use of Cryptocurrencies during the donation allowed the London mosque to collect funds from outside sources. The mosque revealed that there was one crypto transaction of more than £5,200. 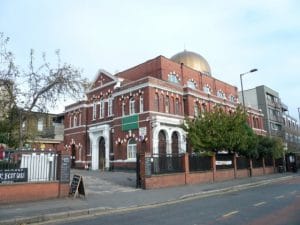 The Shacklewell Lane Mosque is now accepting Cryptocurrencies as donations. The mosque, also known as Masjid Ramadan cannot regret its decision to accept the innovative money as it enabled it to receive more donations from distant donors than from the local worshippers. The mosque received £13,983 in form of Cryptocurrencies compared to £3,460 as fiat. This shows that Cryptocurrency donations were almost four times more than the fiat.

Accepting Cryptocurrency donations has proved fruitful in this mosque located in Dalston, East London, in the UK. The local media quoted Erkin Guney, the mosque’s chairman saying that most believers were skeptical about the use of virtual currencies. However, the new money performed beyond their expectations. He noted that it is important to accept these digital currencies as they come with more opportunities not attainable in the traditional fiat currencies. He added that they were surprised when they discovered more of their donations during Ramadhan was coming from Cryptocurrencies and not fiat currencies. 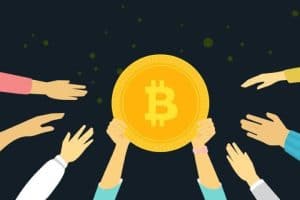 The mosque reported that around 24 people gave their donations using the Cryptocurrencies. It was noted that one crypto transaction was worth over £5,200. The mosque is planning the donations for projects that will benefit the local community. The donations have provided an opportunity for those wishing to support the mosque to do so by sending financial assistance.

The mosque has various projects that it is planning to fund using the donations. For instance, plans are underway to renovate the mosque. The money will also be used to pay for food and shelter to needy people in the area. The mosque also plans to use the funds to provide funeral funds to the needy Muslims.

The decision by the mosque to accept Cryptocurrencies was the effort of Gurmit Singh. Singh is the man behind Combo Innovation. He has been using the London-based startup to campaign for the use of Cryptocurrencies even in religious activities such as paying Zakat and Sadaqah. He believes that, given that Cryptocurrencies have become so popular in recent years, there are Zakat and Sadaqah donations worth millions of dollars but are only held in Muslim possessed crypto wallets.

The Use Of Cryptocurrencies In Charity

The recent Cryptocurrency donations at the London based exchange is not the first case of the use of these currencies in charity. However, it is a great indicator that Cryptocurrencies can be used in supporting different types of charitable organizations. Recently, Binance gave $1 million to support the Japanese flood victims. Three Afghan women have also received a scholarship to study in the U.S. from Paxful. In January, a church in Switzerland started accepting voluntary offerings in Cryptocurrencies.