A recent study by Ecobank Transnational Inc. on the use of Cryptocurrencies in 36 African countries has found a significant presence of the digital assets in these countries. However, the report by the pan-African bank has found that most countries have are yet to regulate the sector and have instead adopted a wait-and-see policy. Additionally, South Africa and Swaziland are the only countries on the continent to embrace a positive stance regarding Cryptocurrencies.

Most African Regulators Are Yet To Pass Laws On Cryptocurrencies

The study by Ecobank on the presence of Crypto in Africa established that, just like with many other countries worldwide, the regulators in the region are yet to put in place policies to regulate the sector but have instead adopted a ‘wait and see’ technique. The report adds that most the African governments are aware of both the benefits and risk of using the Cryptocurrencies. Some of these countries have already appreciated the virtual currencies and blockchain technology.

Notwithstanding, Ecobank has established that most African governments have been reluctant to allow Cryptocurrency transactions. And instead of playing a leadership role, it appears most of these government want to learn from their neighbors. Sadly, no one is willing to venture into the sector first.

Only A Few Countries Have Issued A Policy On Cryptocurrencies 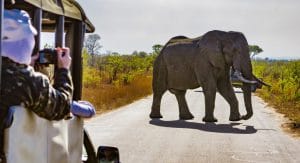 The study also established that no African country or region has a put a policy in place that others can learn from. Only South Africa and Swaziland have made favorable regulatory stances in the continent. Namibia became the only country that has banned the use of Cryptocurrency after the Bank of Namibia issued the ban in September last year.

Ecobank also noted that no Francophone country apart from Senegal, Rwanda, and Cameroon has made a policy statement on Cryptocurrencies. These statements indicate that the digital assets are operating between legality and illegality. Many African countries argue that Cryptocurrencies are not banned in the continent and users and investors in the sector are doing so at their own risk as regulators have already communicated the possible risks associated with the currency.

Why Most African Governments Are Wary Of Cryptocurrencies

In the light of increasing use of Cryptocurrencies, most African governments are afraid that their people may become “overexposed to Cryptocurrencies.” Ecobank established that these governments are worried that most of the citizens may invest heavily in the sector and end up getting overexposed to the Crypto market. Consequently, any shock in the market will see the adverse effects spill on the economies of these countries.

In the last two years, virtual currencies such a Ripple, Ethereum, and Bitcoin among others have experienced a tremendous increase in price and popularity. However, the report by the Ecobank observed that the rapid changes in the prices of these currencies have made most people to use them for speculative purposes. Accordingly, this has had a negative impact on the perceived benefits of Cryptocurrencies in Africa and beyond.

The report noted that the impact of Cryptocurrencies and blockchain technology are comparable to that of the internet. The tokenization of products and services using these technologies could significantly reduce transaction time. It could also enhance the cross-border movement of goods. Besides, the two technologies can change the way citizens in the continent engage with their governments.