The Crypto mining hardware market will get a new player before the end of this year after a Canadian company announced plans to join the lucrative market. Square Mining Ltd. has already raised about $20 million and it will use the funds for designing, developing and testing the new mining machine. The Bitcoin mining ASIC chip will be ready towards the end of the fourth quarter this year.

About $20 Million Already Raised For The Project

Squire Mining Ltd. will use the money to actualize its plan of developing next-generation ASIC Chips. The company will use the money in designing, developing, and testing the ASIC chip and Bitcoin mining rig which the firm calls “next generation.” The financing proceeds will also be used to fund mass production of the new mining machine. The company will also set aside funds for marketing, promotion, and distribution. Another portion of the funds will be set aside to finance further research in the area. 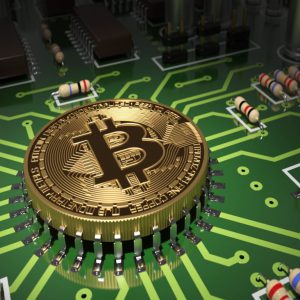 Squire Mining Ltd. has said that the manufacture and assembly of the new mining machine will be completed at the end of this year. It has been revealed that the ASICs, dubbed “next generation” will be 10nm chips. The company entered into an agreement with Peter Kim, a design and system engineering profession in March.

Under the agreement, the Canadian-based firm will control 66 2/3 percent, while Kim will take the remaining 33 1/3 percent of the joint venture. It has also been agreed that the joint venture will be established in South Korea. Upon the development of the ASIC chip, the joint will also participate in selling Crypto-mining systems and Bitcoins. They will also work towards developing their own mining facilities.

At the moment, Squire Mining is awaiting approval by the Canadian Securities Exchange. The company has said that the current growth of the Crypto sector is fueled by the development of next-gen chips. The profitability of this sector has attracted more firms in the sector.

Crypto mining is currently one of the most lucrative markets. The sector is dominated by Bitmain, a Beijing-based company that has about 80 percent market share. In 2017, the company recorded profits of over $3 billion dollars. The company has already announced plans to diversify which will include two Wi-Fi routers that can mine x11.

Recently, Canaan Creative, one of the largest developers of Crypto mining equipment, announced plans to introduce a TV set that has crypto mining capabilities. This spring, Samsung reported increasing profits that have been attributed to the production of Bitcoin mining chips. Last month, GMO, the Japanese internet giant announced the production of new Bitcoin mining equipment with 7nm ASIC mining chips with a higher hash rate. The new machine can also be used to mining either Bitcoin Core (BTC) or Bitcoin Cash (BCH).