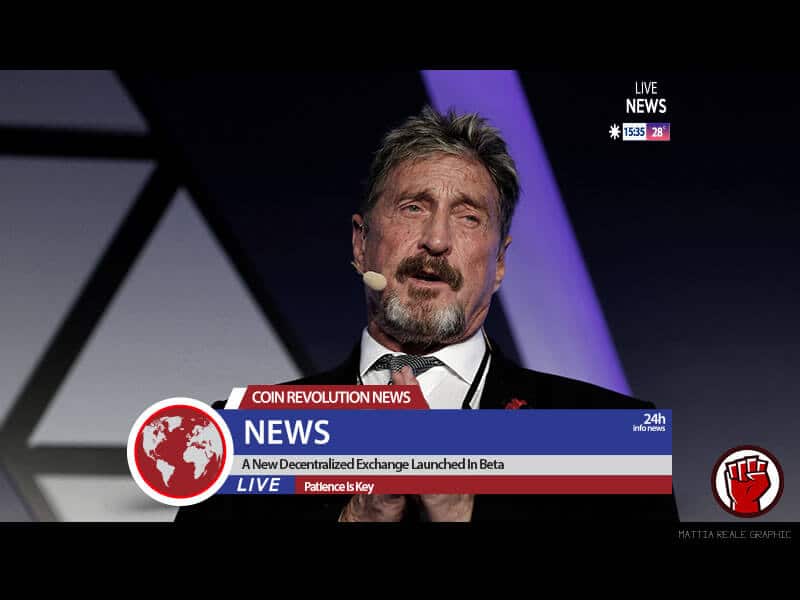 Vocal cryptocurrency advocate and American entrepreneur John McAfee has introduced a new decentralized exchange. The new DEX will be operating on the popular Ethereum blockchain. The decentralized exchange is expected to run in a beta release. This is according to the personal twitter feed and official website of McAfee.

A tweet by McAfee on the 5th of October 2019 unveiled the coming platform. In the tweet, he stated that it would take some time for enough users to make the platform work. He went further to state that the exchange can serve as the main entry to the fiat currencies. The fiat currencies have been termed as the cornerstone of control for the government. However, users must be patient enough and wait. He went ahead to talk more about the upcoming program in an embedded video. It can be remembered that McAfee had earlier denounced the control of the government over the fiat currencies as well as the related losses. He then turned on the fast-growing crypto market. He pointed out that the centralized exchanges are their weak point. The trader even made reference to the move by China to close domestic exchange back in September 2017.

Details About The McAfee DEX Beta

Details have been released about the upcoming McAfee DEX. It will contain no KYC (Know Your Customer) checks and block no jurisdictions features. McAfee DEX will also charge one platform 0.25% as a fee for the takers. It is important to note that it will not charge maker fees and will also be entirely open sourced. McAfee has also stated that any Ethereum-based token can be easily added without a single fee to the main beta version. There are also a number of other unspecified tokens that are supposed to be supported in the coming future. 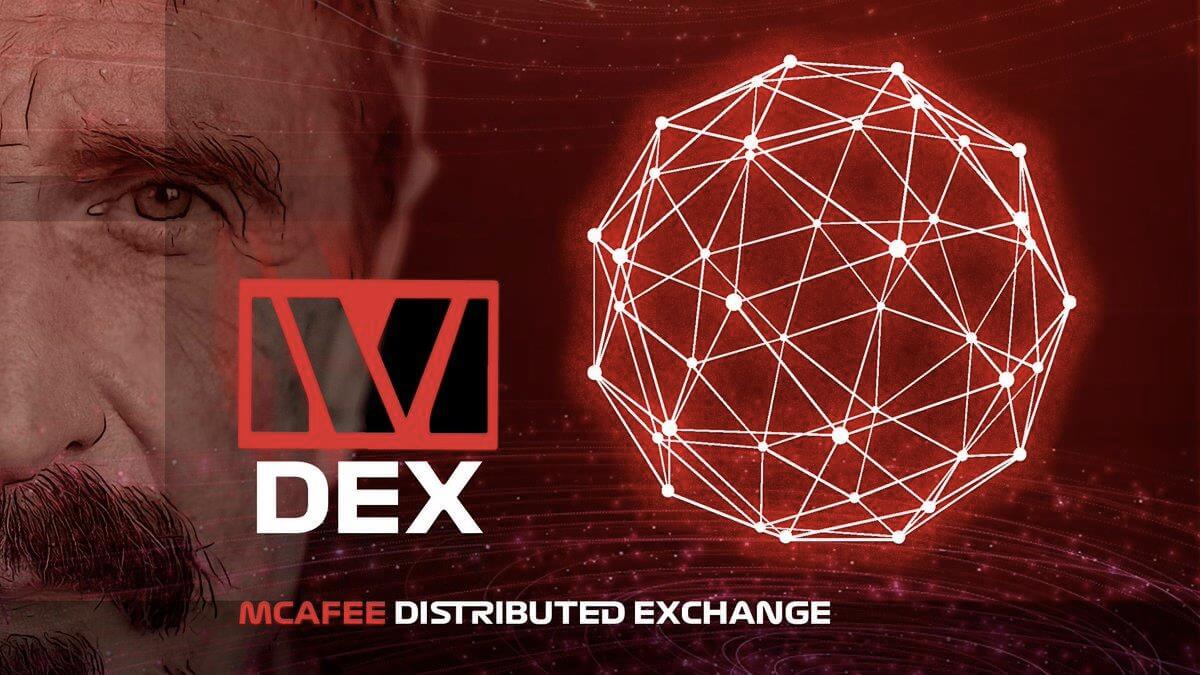 McAfee had earlier highlighted the reduced number of traders that are using the decentralized exchanges. He did this in the video he released on the 5th of October. But for his upcoming DEX, the crypto advocate urged the users to just play with it but should not expect any miracles. One advantage of the non-custodial decentralized exchanges is that it allows the users to trade P2P. This is done using the smart contracts that automate asset liquidation and deal matching to make the users’ funds remain under their control.

In April 2019, one of the leading centralized exchanges introduced its own DEX on the native mainnet. This was none other than Binance. It has also been reported that there are a number of leading exchanges that are eying their own DEX in the future. Some of them are Bithumb and OKEx.