Two years is a short time and nothing seems to change significantly, but not in the Cryptocurrency business. A closer look at the Top Cryptocurrency Exchanges in 2016 reveals how rapidly the sector is changing. About 80 percent of the leading Cryptocurrency exchanges by volume than have been replaced.

The Top Cryptocurrency Exchanges In 2016

In the last two years, Cryptocurrency exchanges have experienced a drastic change. Although some of the exchanges have recorded an increase in their trading volume, their increase doesn’t match that which has been recorded in the entire industry. Most of the digital assets like bitcoin have experienced a tremendous increase in value. Here is how the Cryptocurrency exchanges looked like as of August 2016 according to Coinmarketcap.

In 2016, Okcoin.cn had a daily trading volume of $440 million and was top on the list. In two years, its trading volume has reduced to only $17,000 and is now ranked 188th. BTC and LTC were the most traded pairs and have remained so up to now.

The above trend is similar in the other top 10 exchanges then, with the exception of Huobi and Kraken. Huobi has recorded an increase in its 24-hour trading volume from $165 million in 2016 to $1.3 billion today. However, it now occupies the fourth spot and not the third it occupied then. 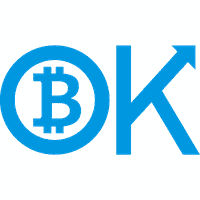 Why The Cryptocurrency Exchange Changes Fast

Some people argue that altcoins don’t have a long life and predict that most of them will die a slow death irrespective of their popularity. By comparing the 2016 and the 2018 top Cryptocurrency exchanges, it is clear that most of these altcoins don’t last long. From the figures, the exchanges have a higher churn rate than even the coins. The number of exchanges listed by Coinmarket has increased from 105 two years ago to 213. The current exchanges have higher trading volumes than those listed in 2016.

It is difficult to tell whether the value of the other Cryptocurrencies apart from Bitcoin has improved in quality since 2016. What is clear however is that daily volume traded by the top 10 exchanges has increased from just over $1 billion in 2016 to $10 billion today in Cryptocurrencies. There is no guarantee that the current top 10 exchanges will remain so even in the next two years. 2018 is around the corner and everyone will be interesting to see which of these exchanges will still be on the top list.