While its big brother has taken a break, Ethereum has been one of the top performing crypto assets. It’s now the third consecutive day since.

While the flagship currency has fallen back slightly, the fall has not been mirrored for the world second most popular currency. So, has Ethereum finally started to decouple?

After a bullish weekend and a Bart pattern that was registered on Monday, Ethereum continued with its ascending momentum. It went on and touched the psychological significant $200 level on a number of exchanges early in the Asian trading.

But the upward movement of Ethereum was not as smooth as you would think. A dip back to $190 to touch the 50 hour moving average raised concerns that the bull had ran out of steam. But the fears dissipated quickly when an hourly candle boosted the cryptocurrency up by over 4% to $200. While the digital asset seem to retreat marginally the past couple of hours, it appears to hold up the level

The golden cross seems to form at the four hour time frame. Meanwhile the faster 50 moving average crossed above the slower 200 MA signaling a trend reversal. This reverses a two month downtrend that began early July that caused a plummeting of ETH to $165 and a loss of 50%.

Today, the charts show the opposite. The prices now seem to cross the 50 day MA in a move towards the 200 day indicator at $205 but this could soon be reversed.

Other bullish indicators for Ethereum include the consistent exchange net outflow for the third time this year alone. While it has been followed by a strong rally, it could indicate an accumulation.

Traders have noticed Ethereum’s bullish move and observed that the move is without any assistance from bitcoin. A $500 EOY looks very much possible from the standpoint.

$500 in the next 3 months seem a little bit over optimistic, especially considering the prices haven’t been here in 14 months now. But that doesn’t mean it’s not possible. If the momentum maintains, we could see a return to the previous 2019 highs of around $350 and decoupling from Bitcoin. 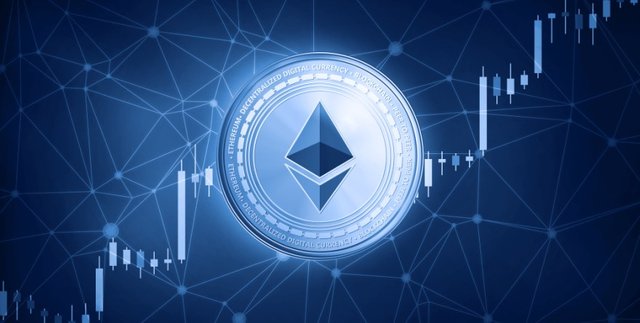 There have been a couple of other bullish fundamentals factors for Ethereum, the past couple of weeks. Some of the fundamentals include the successful networking of several ETH 2.0 clients in the eth2interop, advanced developments of the DeFi ecosystem with DAI which is heavily dependent of Ethereum. Others include Santander’s 20 million bond issuing directly on the Ethereum blockchain and the news that BitPay would be supporting Ethereum payments.

All this goes on without the official rolling out of the serenity phase. That being so, Ethereum has a long way to go and the decoupling is just the beginning.