The current economy is taking a significant hit worldwide that is impacted many industries creating a global financial crisis. In troubling times, people will sometimes over-react or react in extreme measures, like recent issues with hoarding and health scares. Often adverse group reactions will have a drastic effect on the general population, creating mass-panic or widespread fear. Which has been seen in numerous places around the world when searching for supplies like toilet paper or protective gear.

The Differences Between a Recession and a Financial Crisis

There can be similarities and differences between these two economic instances, depending on how you break it down. Based on past historical data, a new recession occurs about every 8 years, while financial crises happen about 25 years. Often the two terms are believed to be interchangeable, but in fact, they are not.

A recession is the widespread decline of the economy that continues to impact the market for 6 months or longer. Typically, recessions will last for at least 2 quarters in a year, then begin to rebound progressively influencing the markets.

A financial crisis or depression will have a greater impact on the economy since it lasts for years rather than months. The severity of this will be more apparent with increased unemployment, decreased housing prices, and overall negative economic factors. 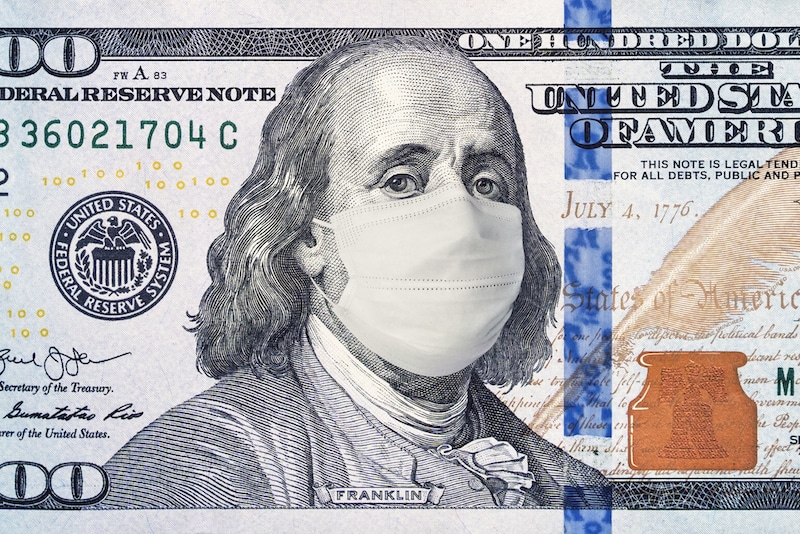 Reactions Amidst the Financial Crisis of 2020

It is no secret that countries around the world are struggling with how the global economy is reacting right now. While some economists talk about these times as a current recession, others speculate the start of a new financial crisis. With dark predictions like this, many consumers and investors are becoming nervous about the future and making hasty decisions.

In the past, people confronting declining economies lose faith in financial institutions and accumulate precious metals like gold or silver. Other panicking traits include withdrawing significant amounts of money from the bank or quickly selling investments as their value decreases. This can also be seen in today’s world markets as people turn away from the banks and look for alternatives.

Recently, investors are turning to digital currencies to diversify their portfolios despite the crashing financial markets. In Russia, it has been reported that citizens are withdrawing cash at a staggering rate, anticipating banks won’t be available. With governments putting restrictions in place during the pandemic, fears of future bank closures are valid worries.

How To Weather This Economic Downturn

It is helpful to have a solid financial plan during times of recession or financial crisis. But even so, many are not prepared when these drastic economic times come to a head. There are many ways to weather the storm, so you are better off financially, including:
• Spend less than is coming in and live beneath your means
• Minimize extraordinary expenses and focus on essential expenses only
• Do not make rash financial decisions, avoid incurring additional debt
• Focus on the long-term goals rather than the immediate situation

Even after being diligent, one may not ever be totally prepared for a drastic financial crisis. Remember to stick to your financial plan and that it will rebound eventually, giving you better insight for the future.