Gamblers are still trading in on bitcoin, although ardent critics still think its madness investing in bitcoin. Well, many have found a way to engage in the ‘madness’, without having to sell a single coin. The contract for difference makes the difference for them. The platform helps them place a bet on the next destination for bitcoin’s price.

Bitcoin is one of the assets which Plus500 offers for CFDs. Its bitcoin page cautions customers that cryptocurrencies are extremely volatile and customers must exercise caution when dealing with them. The plus500 banner also states that over 75% of retail investor accounts lose their investment when trading CFDs. This hasn’t stopped thousands flocking the site for the same.

But plus500 hasn’t been without problems. Just recently, its share price crashed.

Plus500 2019 profits are not expected to be anywhere near last year’s margins, as far as the numbers are concerned. And this was emphasized by Tuesday’s results.

The six months to June revenue was found to be down 68% while the earnings before interest, taxes, depreciation and amortization dipped by 80%. Earnings per share was also found to have dropped by the same rate.

But perhaps what hurts the most is the 80% cut on the interim dividend. The company had to find ways to rethink its distribution strategies. A revised policy was introduced that would be in effect in the second half of the year. The company resolved to return 60% of net profit to its shareholders. 50% of this core distribution would be through dividends.

Looking at the statistics from the first half report, the second quarter outperformed the initial quarter. Levels of trading improved as a result and the same spirit was carried on to the third quarter. So far, judging from these numbers, the second half of the year looks better than the first. Therefore, it’s likely we might see a year ordinary dividend yield of at least 8%.

The markets have so far reacted well and pushed Plus500 shares by at least 20%, although we are looking at a forward price to earnings ratio of 6.8 based on the full year prediction. The company is in no debt whatsoever. In fact its cash rich and has a strong cash conversion rate. Don’t be shocked if shareholders get handed a special year-end dividend.

Roland Head, writer at Motley describes the plus500 business model as opportunistic. He notes that the model does benefit on speculative bubbles in the news. Demand has been noted to weaken when markets are smooth and when there is no news craze that would attract gamblers. 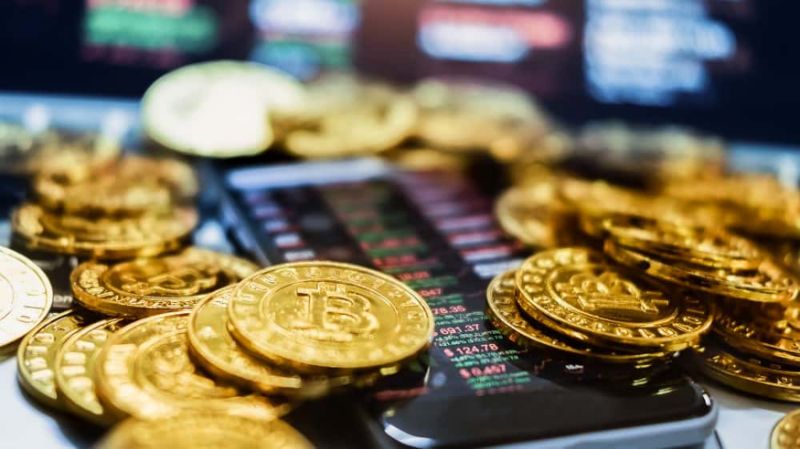 Bitcoin is not the only one in the market. Frankly, any market with such volatility would attract CFD punters. Pretend money is having a very good year so far, but in the past few days, the price has been turning down. And it’s likely to fuel a new speculation in regards to the next chart.

The industry is already highly regulated and CFD rules are already tight though there is a risk of further regulations. Still a better buy to beat bitcoin.