A fund manager believes that capitalization in Cryptocurrency markets could hit $2 Trillion in two years. He believes that between now and then, the market will undergo a massive transformation that will see individual Token prices rise significantly in the backdrop of higher volumes of trading, more Token supply, and increasing demand as the world starts to embrace Cryptocurrencies both as assets and currencies. Further, there will be an exponential increase in the number of Blockchain platforms being unveiled that have Utility tokens that can be offered for trade in Crypto markets.

The Current Market Capitalization Is $209 Billion 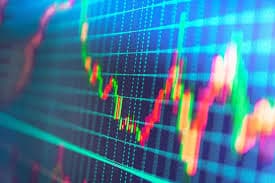 Crypto Markets are currently valued at $209 billion. This is a massive plunge from January 2018 peak of $818 billion that has plummeted due to prolonged bear runs. There have also been marginal bull runs amidst the bear runs that have not been able to negate the losses. If the projection for $2 trillion occurs, this means that the market has to grow tenfold. This may be possible under the right conditions and increased investor participation in Crypto exchanges.

The Fund Manager Is An Expert In Market Dynamics

The fund manager who believes that the $2 trillion market cap mark would be achieved in two years is Joey Krug. He is a co-Chief Investments Officer of Pantera Capital, a leading investments consultancy firm in the US. He was speaking during a Bloomberg interview.

Krug forecasts a correction of the Crypto market at the beginning of January next year. He says that a bull run that starts in January will be sustained for much of the duration and the market will, therefore, be able to grow tenfold.

Cryptocurrency Adoption Is The Key Determinant For The $2 Trillion Forecast 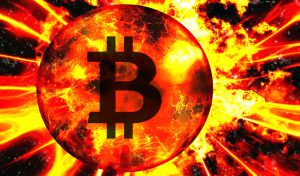 Krug, however, exercised caution in his forecast when he said that the adoption of Blockchain and Cryptocurrencies must surge for this forecast to be realized. In particular, Krug singled out the growing numbers of distributed apps that lack multiple users to make the projects reach a break-even point.

From Krug’s perspective, developers of these DApps should enhance scalability to spur adoption of these apps. This is because the current Blockchain apps that are not doing well in the market are characterized by slow speed and huge data expenses that make them unattractive to targeted users. Improving them will make them mobile friendly hence appropriate for mass adoption.

There is also the issue of Cryptocurrency liquidity. Many Crypto exchanges do not offer Crypto to fiat solutions. They mainly proffer fiat/crypto-crypto services. The immediate implication is that Cryptocurrencies become unattractive. There is also the issue of conversion of Digital Tokens to fiat money that is often expensive and can negate returns on investments. Addressing these challenges is all that it will take to spur mass adoption and drive the market capitalization to $2 trillion in two years.

Exchange platforms such as Coinbase are on course to lowering Crypto-fiat conversation costs from the current 150-400 basis points on ACH debit cards or bank transfers to less than 50 basis points. Krug believes that its innovation in Blockchain platforms that will spur adoption, and increased market valuation.