15 Nations Plan To Unveil A System For Monitoring Crypto Transactions

15 nations have joined hands with the Financial Action Task Force (FATF) in a bid to fight financial crime that is taking place in the Crypto economy. The nations have formed a task force that will announce the platform in 2020 ahead of a possible launch three years down the line. This system is expected to boost the efforts of individual countries such as the Czech Republic that have been monitoring Crypto transactions to fight financial crimes such as money laundering, terror financing, etc. It is believed that multilateral sharing of data can curb the vice on a global front. 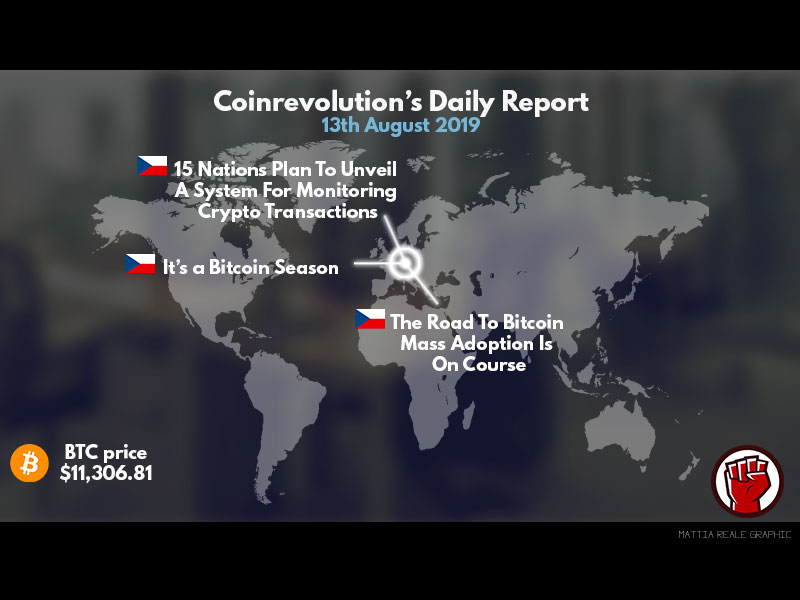 The dominance of BTC/USD surges to 70% signifying the beginning of a long Bitcoin season. The Bitcoin momentum is being driven by increased investor confidence in the pair as the world positions itself in readiness for the futuristic global Crypto economy. This level was only witnessed in March 2017 and some analysts on Crypto revolution believe that a similar Bitcoin rally is in the offing. Nevertheless, hodlers should diversify their Crypto portfolios b investing in Altcoins.

The Road To Bitcoin Mass Adoption Is On Course

Bitcoin is a peer to peer electronic cash system that was announced ten years ago. It has since evolved to a major Cryptocurrency in the market despite the low uptake among high street retailers and merchants. Meanwhile, e-commerce merchants are leaders in accepting BTC and this raises hopes that the Digital Asset is the future of money. Additionally, BTC is an ideal asset for investments so much such that at least a third of US investors are interested in investing in the Coin as per a Grayscale investment report.