Although the self-regulatory assessment of South Korean Crypto exchanges has been accomplished, only 14 out of 23 exchanges took part in the exercise. 12 out of the 14 participants met the self-regulatory standards. This is in spite of security flaws, forcing many to question the effectiveness of the inspection. 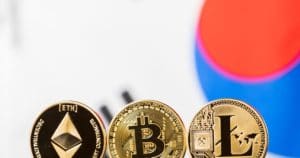 On Wednesday, the Korea Blockchain Association (KBA) made public the outcomes of its inspection on the various Cryptocurrency exchanges in the country. The Korean Herald said that the association established that 12 out of the 14 exchanges met the minimum cybersecurity standards.

KBA was started last year and has been a leading campaigner and supporter of self-regulation among Crypto exchanges in Korea. Although KBA has a membership of 23, only 14 exchanges accepted to be inspected. The 12 exchanges that passed the test include Huobi Korea, Dexko, Upbit, Korbit, Coinone, Gopax, Hanbitco, Bithumb, Coinzest, Cpdax, Okcoin Korea, and Neoframe. Two exchanges namely Sunny7 and Komid pulled out of the inspection.

How The Inspection Was Conducted

After the inspection, the association confirmed that 12 exchanges met “general standards.” These include factors like anti-money laundering measures, use of a cold wallet, and minimal total assets among others. The exchanges also met cybersecurity standards that the association called minimum requirements.

Despite KBA’s determination to show that the exchanges are doing everything possible to enhance the security on their system through the inspection, various people have criticized the process. Some important players in the sector have identified major flaws in the entire process.

The Korea Times has been very unforgiving to the association calling the exercise a poor screening of Crypto exchanges. Specifically, the paper criticized KBA for extending the inspection from one month to two. The newsletter noted that the move was intended to provide the underprepared exchanges with sufficient time.

Money Today referred the screening exercise as irrelevant as exchanges that have passed such tests before have also been victims of hacking activities. The paper claimed that the exercise was ineffective. In June, Coinrail and Bithumb exchanges lost Cryptocurrencies worth millions of dollars to hackers.

Money Today quoted a reliable source casting doubt on the results. According to the source, no scores were produced for each trading site. This has made many to have doubts about examination results. The Korea Times said that KBA did not provide details about the scores and security rating of the various exchanges. KBA defended its move, saying that making such details public may trigger cyberattack on the local exchanges. 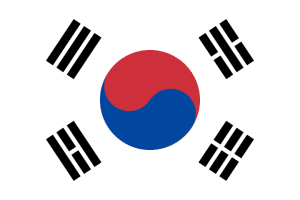 The Results Show The Exchanges Have Met The Minimum Requirements

The Korea Times quoted KBA chairman Jeon Ha-jin indirectly admitting that the inspection was not 100 percent perfect. He said that the results are not a guarantee that the 12 exchanges are safe. However, the results are an indicator the exchanges have met the minimum requirements for running their businesses.