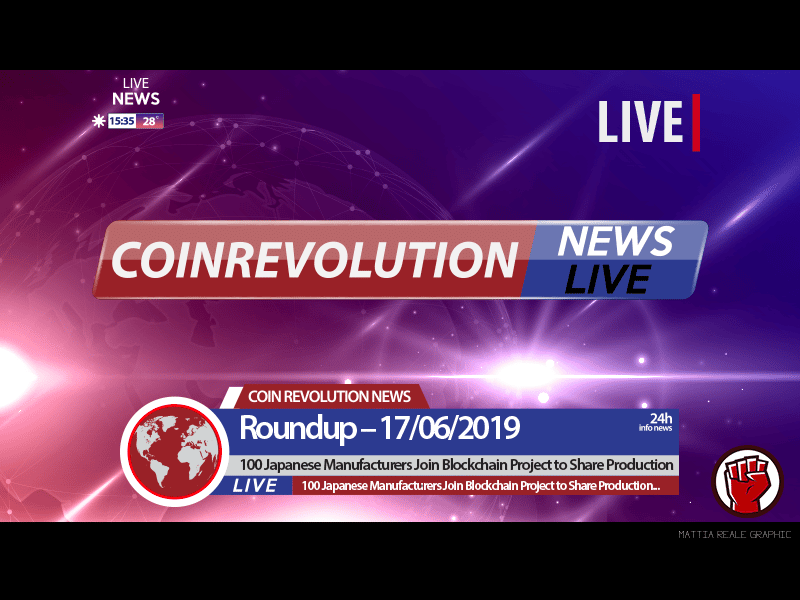 Over 100 Japanese manufacturers will use a blockchain to share production information with each other. The project mainly focuses on technology and machine manufacturers. Among the partners are big players like Mitsubishi Electric and Yasakawa Electric as asia.nikkei reports. Entering the partnership, all participants can freely choose which information it wants to share with whom and whether it wants to charge a fee for it or not. Reportedly, the project will launch next spring. It is managed by the Industrial Value Chain Initiative. An association that aims to spread the adoption of blockchain and the internet of things. 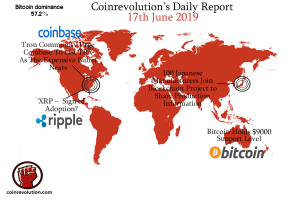 The Tron Community is intensely appealing to Coinbase to List TRX which is the native Token of the Tron Blockchain. These calls are coinciding with reports that are suggesting that Binance is about to lock out US-based traders from accessing certain Altcoins that could include TRX with effect from September 2019. Further, the appeals are coming ahead of the much-anticipated buffet meeting between Warren Buffet and Justin Sun, the CEO of Tron.

In the last 24 hours, Bitcoin has tested the support level of the recently broken $9000. Temporarily, Bitcoin traded for less than $8900. However, the price surged again and sits now at $9300. There is now bullish potential in the market and Bitcoin is ready to attack the next level that we estimate to be at $9700. Above $10000 many market observers expect a FOMO effect to set in.